Welcome to week eight of Re-Play! A ten-week series where we go look back in time to visit some of the greatest games of the past, give them an honest review, and see how well they still hold up today! For this week we are going to visit one of the most unique and colorful worlds that gaming has ever seen in Ōkami!

The year is 2006, and the PlayStation 3 and Xbox 360 have officially been released and are setting the stage for some of the most high-tech and innovative games that the video game community has ever seen. However, the PlayStation 2 had a few tricks left up its sleeves before it threw in the towel. Ōkami is one of those said tricks, have been one of the last games to be released during the PS2’s lifetime. The sheer size, scope, and beauty of this game proved that the PS2 was not going to die without a fight, and Ōkami was a critical and cult hit which even won a Game of the Year award up against numerous next-gen games.

Ōkami has a reputation for having one of the greatest stories of any PlayStation 2 game, and for good reason. The narrative takes place sometime in classical Japan and successfully creates an intense and mystic environment for the player. You take control of the Sun Goddess Amaterasu who, in order to save the world from an encroaching darkness, takes the form of a white wolf. As the powerful pup, you venture throughout Japan meeting a colorful cast of characters who add wonderful depth and character to the story.

And boy is this a complicated story. Ōkami manages to tell multiple different complete narratives during its runtime. The first time I played the game, I felt like I had been playing a complete story and was about to go up against the final boss at around 10-12 hours in. Upon defeating this boss, I was proven wrong and the game continues for another 20-30 hours. The beauty of this is how the stories tie together and eventually culminate in one of the grandest final battles I have played in the past 12 years.

The gameplay in Ōkami is split into world exploration and combat, like most RPGs. However, Amaterasu meets the other Gods of the game and learns from them the ability to perform different miracles. These miracles can be used at any time during gameplay and are essential to both the world exploration and combat. By pausing reality, Amaterasu uses her tail as a paintbrush and draws on the world to make these miracles appear. This can be something as simple as drawing a line to cut trees down, or complicated designs like drawing bombs to blow up rocks/enemies.

Amaterasu isn’t limited to just using miracles in combat, however, as she can become quite violent with her own physical arsenal as well. This wolf soars around the battlefield with swords and ranged weapons, but isn’t above using her teeth and her own bodily functions to insult and eliminate her enemies. The combat is fun and fluid, with most enemies requiring strategy and/or the use of specific miracles to defeat them.

I cannot say enough about how beautiful this game is. The cel-shaded design of the characters and the world surrounding them lend itself well to this classical mythical tales of the game. It feels almost like you are playing a story that someone is telling you, and the world is being shown to you as you would see it in your own imagination. The colors and design look even more gorgeous on the recent remaster of Ōkami, as newer consoles and higher definition televisions allow for the true color and sharpness to shine through so you can see it how the developers originally intended before having to adapt to the PS2 hardware.

The music of Ōkami also is some of the best ever created for a video game in my opinion. With heavy classical Japanese influence, you constantly feel like you are in this historical, yet fictional, time period. The soundtrack perfectly encapsulates the story of the game, while also tending to calm and relax the player. Beautiful is really the only word that comes to mind when I listen to the score of this game. 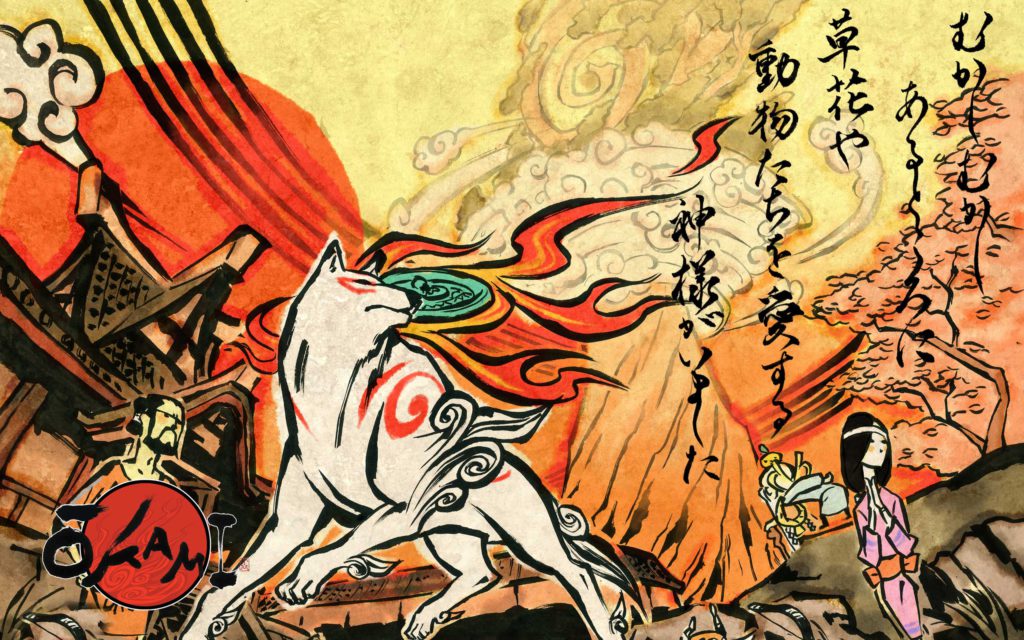 Ōkami is truly a work of art in every meaning of the world. It is a treat for your senses with its gorgeous art, truly epic narrative and its entrancing musical score. And to top that all off, it’s fun! Ōkami was one of the greatest games of the PS2 and it still is in my top 10 to this day. The great news about this is that it is currently available on the PlayStation 4, remastered in HD. If you haven’t played this historical and beautiful game yet, you truly do owe it to yourself.

Ōkami is available now on PS4.